Mqeku was born in Mount Fletcher a small town on the edges of the Eastern Cape province of South Africa the hills that scatter along the Drakensberg mountains, later he moved to Umtata a larger town where he graduiated from High school.

After two years of architectural design work Mqeku discontinued and went back to the school of art and design. In 2009 he completed two years of introductory art and design studies, his qualification comprised of Painting, Graphic Design, Photography, Sculpture, Ceramic Design, Drawing and Art Theory.

In April 2013, after graduating with a diploma in Ceramic Design, he moved once again to a different province, the city of Bloemfontein and began volunteer work at the historical Oliewenhuis Art Museum. In the next few months Mqeku would be granted a temporary contract of internship a partnership between Oliewenhuis Art Museum and The Visual Arts
Network of South Africa (VANSA), by May of 2014 Mqeku was permanently employed at Oliewenhuis Art Museum.

Early 2016, Mqeku was enrolled at the Tshwane University of Technology Pretoria South Africa, completing a B-Tech in Fine Art with a major in Drawing and introducing the investigation of sand cast ceramics.

On a quest to develop research into the innovative studio practice of sand cast ceramics, Mqeku was commissioned as part of the Goethe Project Space (GPS) by the Goethe Institut Johannesburg, between September and October 2018, Sylvester hosted the first ever public workshop on sandcast ceramics at the central University of technology, Bloemfontein, 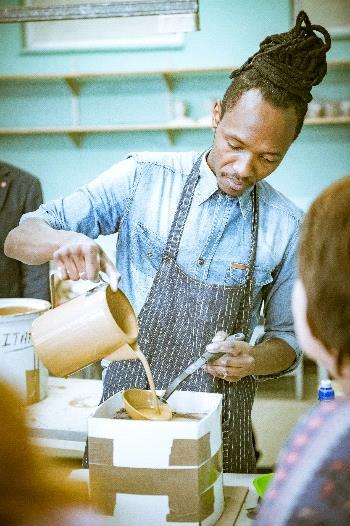 Earlier in 2018, Mqeku was selected to participate in the (Vallauris artist in residence), an exclusive ceramic artist residency in Vallauris south of France. Mqeku is due to graduate his masters in design and studio art, which he spent researching the use of sand casting as a ceramic studio technique and how it adapts to public creative practice and multiple fabrication
technolgies.
Prior to the Global pandemic and eminent shut down of international and local public spaces, Mqeku had spent two months in Dakar, Senegal. This was at the newly opened Blackrock Senegal Artist residence, Mqeku spent early 2020 as one of 16 international artists selected for the inagural class. Engaging with Senegalese culture and art, developing cross borders
conversations, workshops, language and drawing. 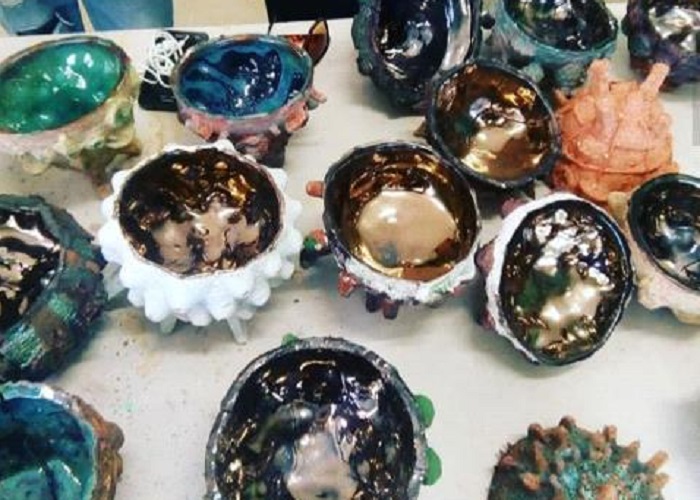 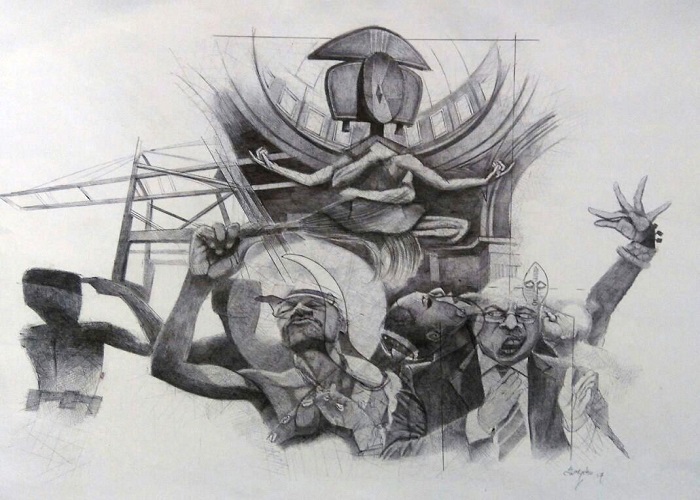 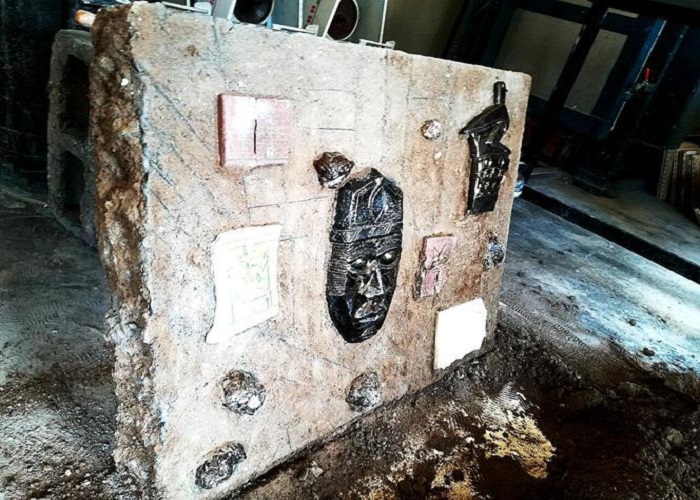 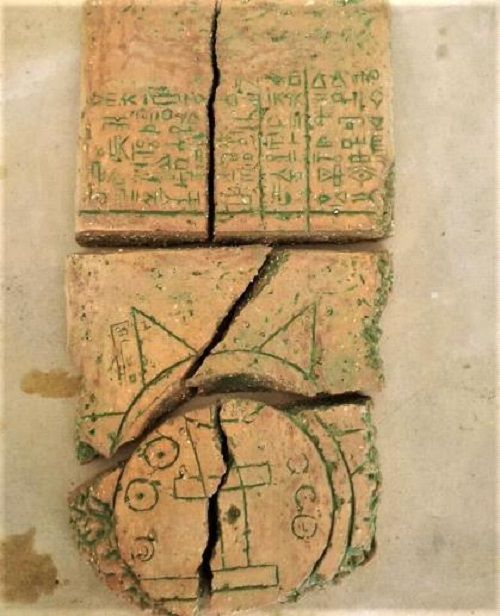 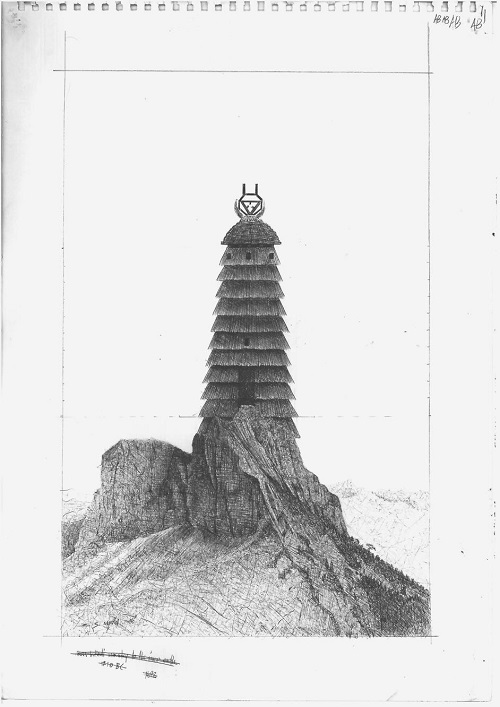 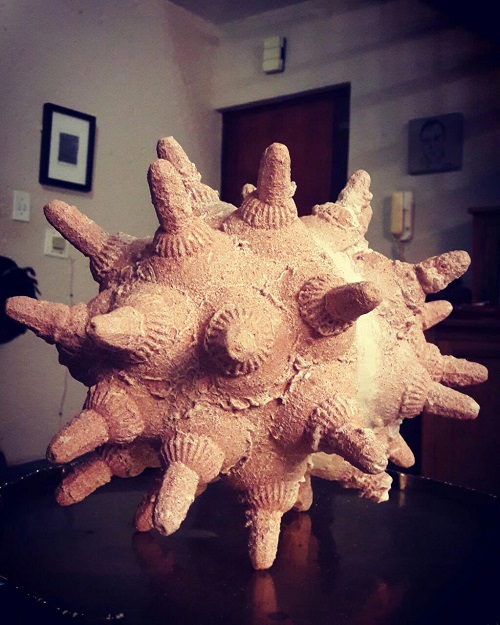 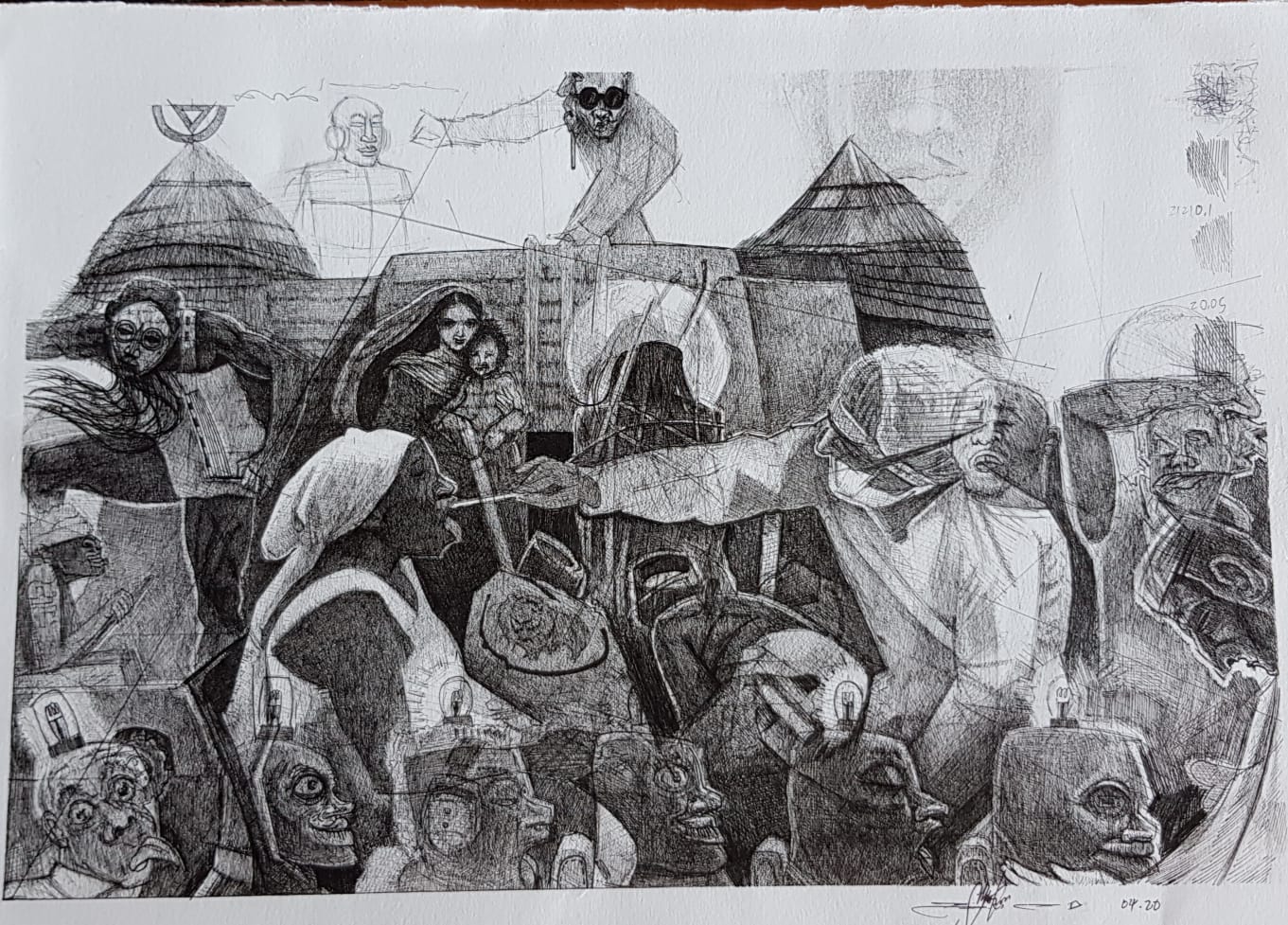 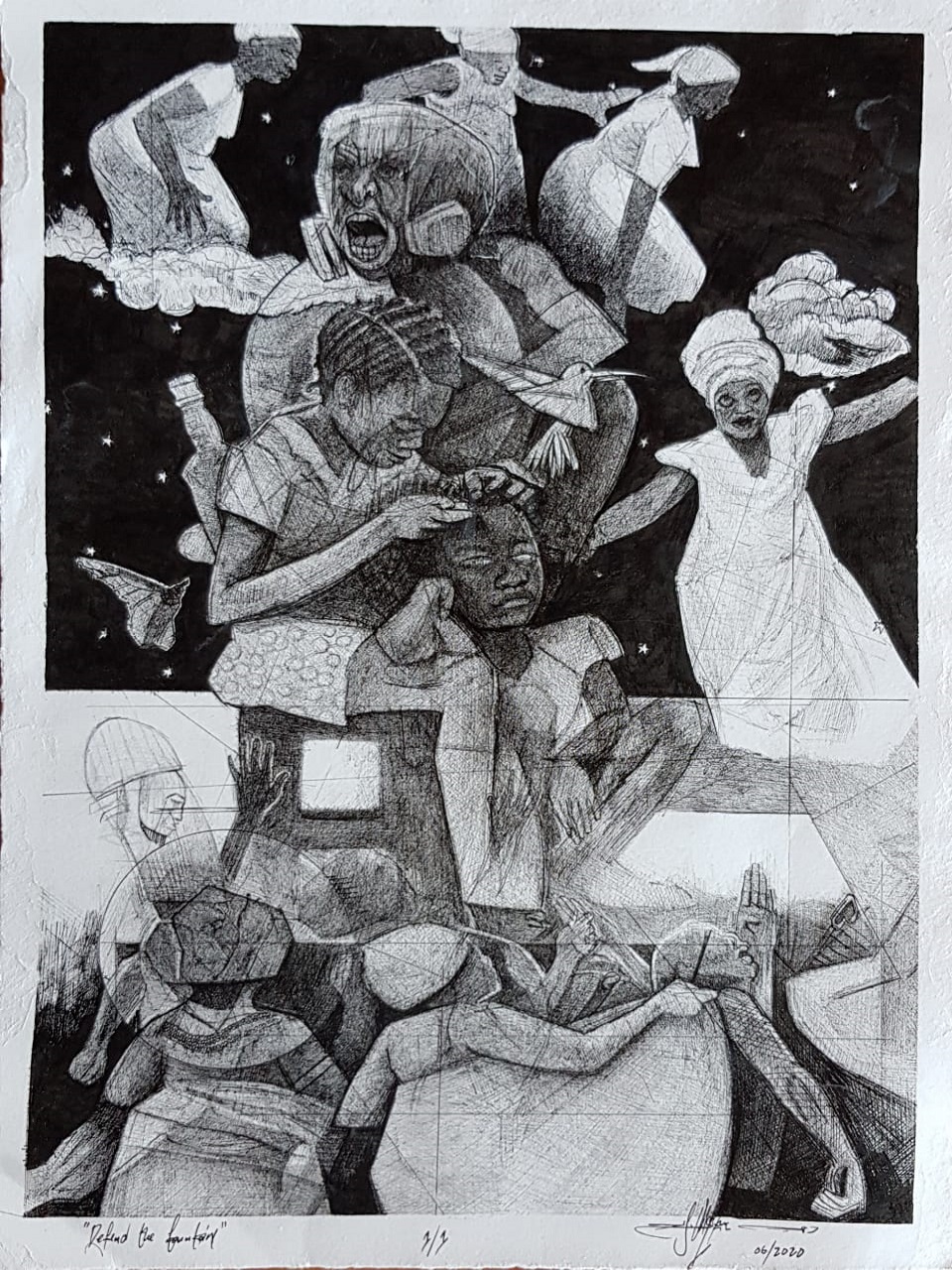 The house of Okonkwo