Covid-19: Whistles and Stickers tools for rise up against gender-based violence

Cape Town, August 4, 2020- Tshegofatso Pule, 28, was eight months pregnant. She disappeared on June 4, 2020, and four days later a community member found her body hanging from a tree in Roodepoort. She had been stabbed.

According to the SowetanLIVE report, a police statement described how on June 4, two men organised an Uber taxi ride for Pule to an apartment in Florida,  Johannesburg. An argument developed with her  during the trip and one of them stabbed her several times.

In the Western Cape, on June 20, Amahle Quku’s injured body was found on the street at Browns Farm, Philippi – a large semi-urban area in Cape Town. She had been raped and murdered, and her clothes were torn. Police arrested a  25-year-old suspect, Leonard Mzingeli.

Quku, 17, a pupil in Grade 11 at Sinethemba High School, was the pride of her family. They heard about her death when her photo started circulating on social media.

A wave of deaths of women and children has horrified the country since the gradual easing of coronavirus lockdown restrictions on June 1. Police say the end of the nine-week ban on alcohol sales has contributed to an increase in crime and violence against women and children.

On June 17, South African President Cyril Ramaphose said: “As a man, as a husband and as a father, I am horrified by what is nothing less than a war being waged against the women and children of our country. At a time when the pandemic has left us vulnerable and uncertain, violence is being unleashed against women and children with brutality that defies understanding.”

With one of the highest rates of violence against women and femicide in the world, gender-based violence is not a new problem in South Africa. The police recorded 171 070 contact crimes against women in the 2019/20 financial year. Of these, 2 695  women were murdered, with  3 214  murder attempts, according to the South African Police Service (SAPS) report,   released  on 31 July 2020, a month earlier than expected.

Gender-based violence (GBV) or violence against women and girls , is a global pandemic that affects 1 in 3 women in their lifetime, according to  World Health Organization ( WHO). 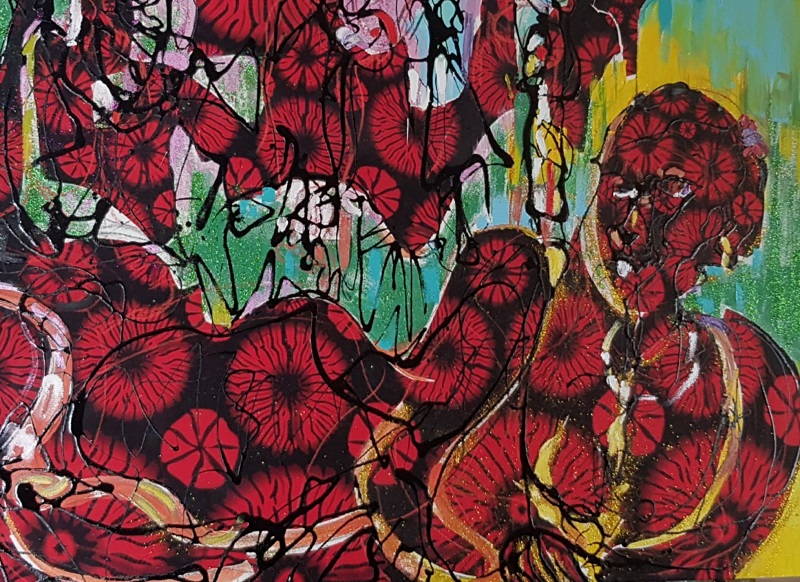 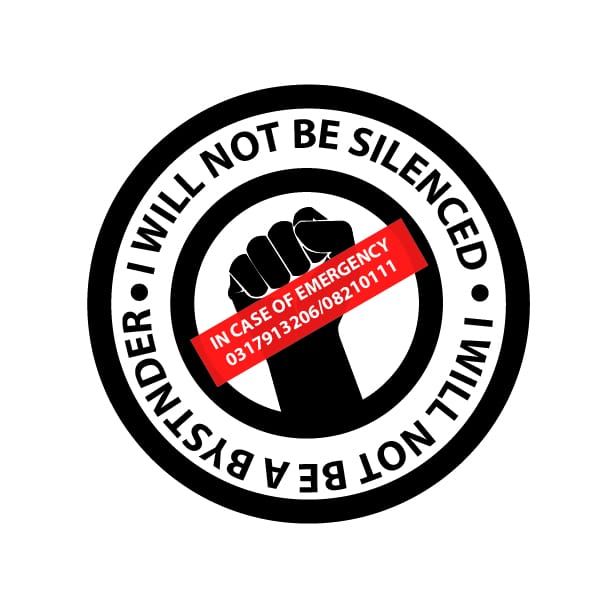 “With one of the highest rates of violence against women and femicide in the world, gender-based violence is not a new problem in South Africa. 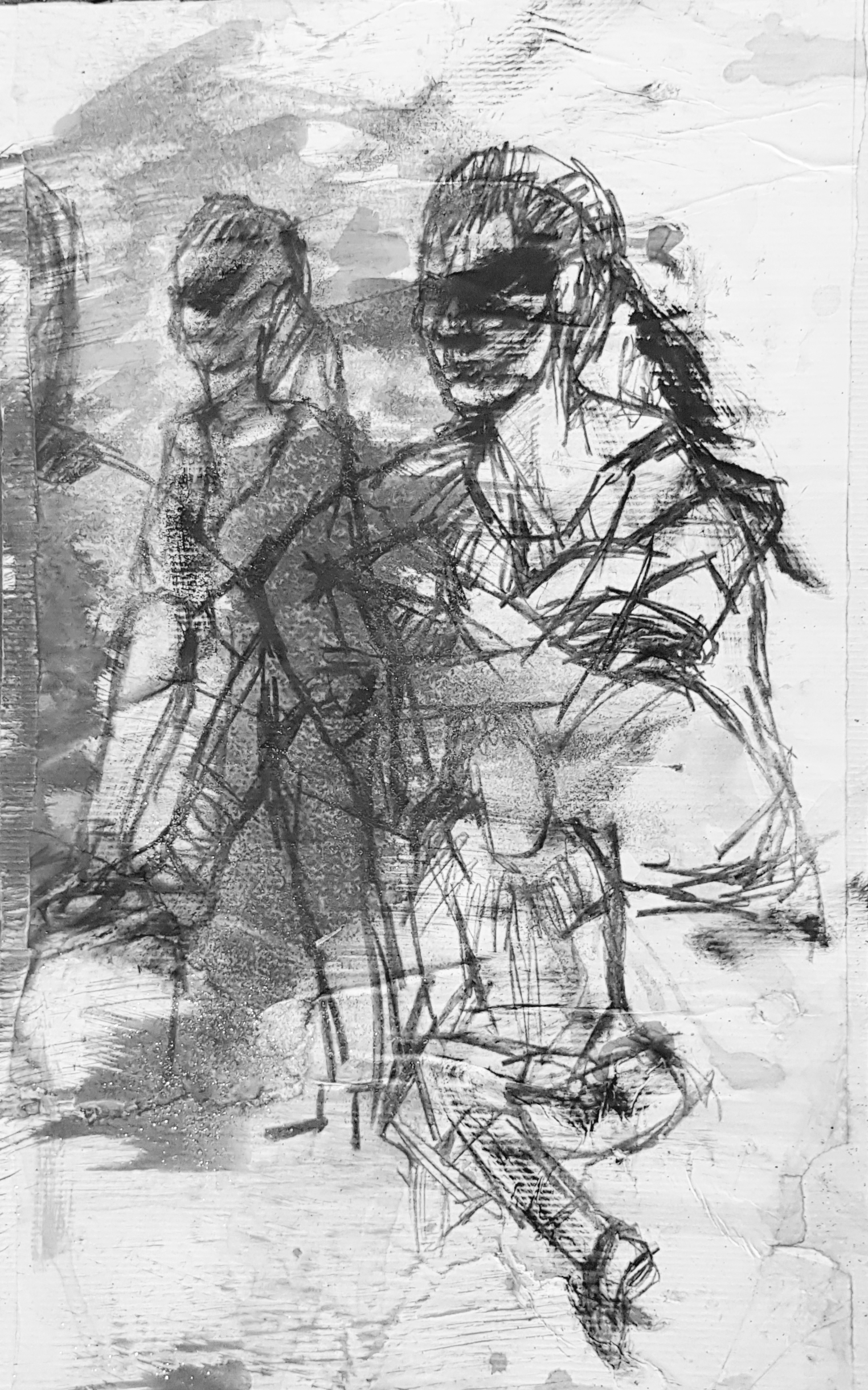 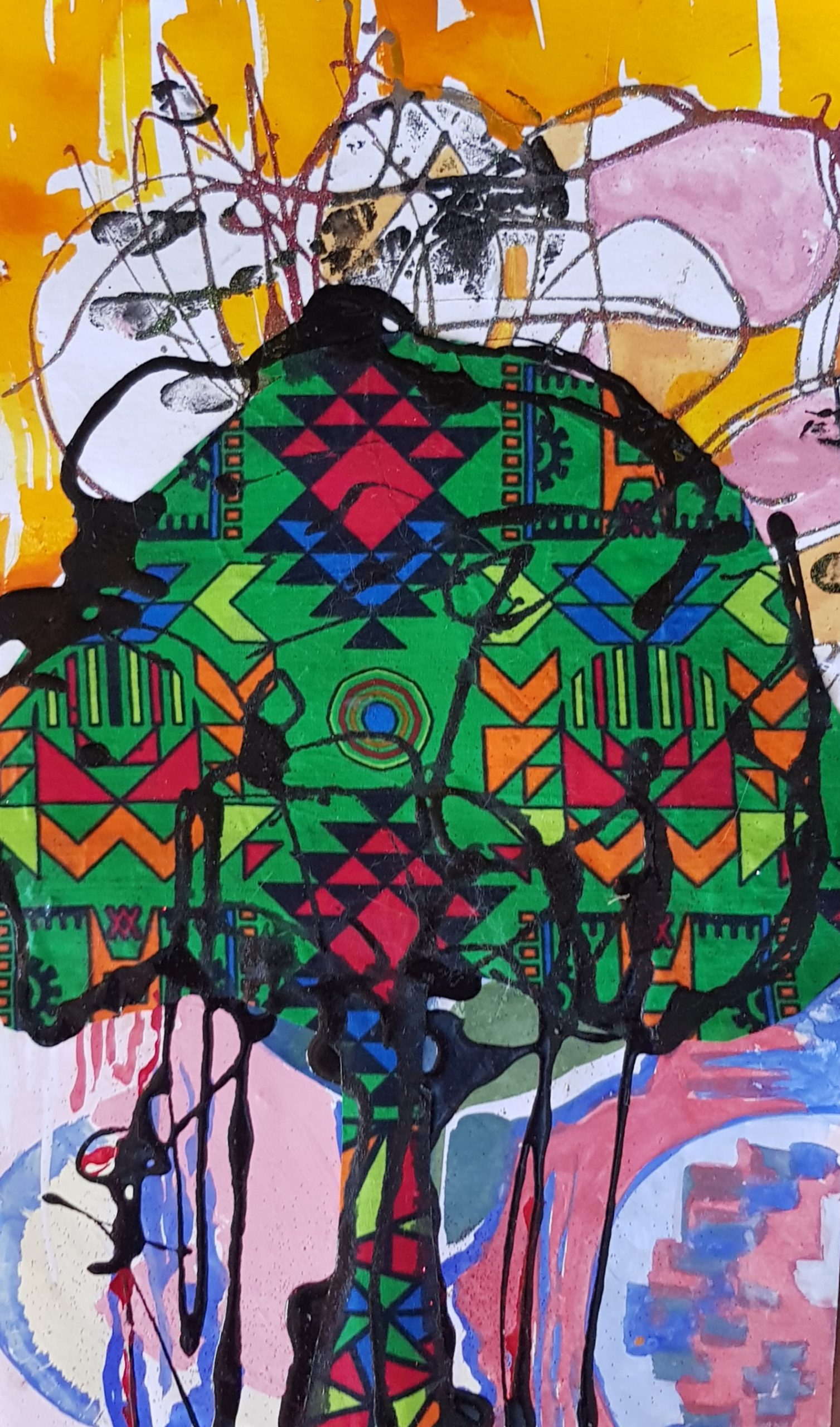 Whistles and stickers in the fight against GBV and Femicide

Jenny Boyce, lives in Mariannridge, a community in the greater Mariannhill area, in Ward 13 of the Henry Bona Zone, about 20 km from the city of Durban, KwaZulu Natal, South Africa. She is the coordinator of Mariann Coordinating Committee, a community organisation in Mariannhill.

According to the Women, Peace, and Security (WPS) Index from 2019, South Africa ranks 66th among the countries most dangerous to women, with  the perception of community safety  among women over 15 years is 26.9%. While in the Democratic Republic of Congo (DRC) and Rwanda, the figures are  34.3% and 85.1% respectively.

” Our communities are not safe places,” said Boyce to #Kizola. “Poor infrastructure such as   dark roads during the night, unkept thickets where women have to walk, early morning security on the way to work all of these situations make our communities unsafe. Poor or no police presence  in hotspot areas, and no patrols during specific high risk times continue to contribute to the dangers faced by women.”

According to Boyce, women and children in her community increasingly face violence where they should be safer: “in their own homes.”

With an under-resourced and often unresponsive police force, victims of domestic violence find it difficult to ask the police for help when they become the victim of violence. In response, community members in Mariannridge have decided to print 1.500 stickers and buy 1.000 whistles to raise their voices and awareness of gender-based violence. The campaign was launched on June 13, 2020.  Rise up agaist gender-based violence is the name of  campaign.

” We have launched  a few community efforts  such as setting up a GBV response team of men who can be alerted when a violation is occurring or about to occur,” said  Boyce.

” We have introduced whistles throughout the community as an alert-raising tool and we have a sticker on every door in the homes with numbers to call for help in the event of a GBV violation. All of these efforts collectively are a call for a community stand not to be silent and to raise the alert and defend women and children form violence.”

In recent weeks, there has been an appeal to South African men to reflect, take responsibility and redirect to help change the course of what Ramaphosa described as “a second pandemic and a war” against women and children in the country. The mass mobilisation of men has been one of Boyce’s biggest challenges.

” We are working on setting up these networks.  Setting up a GBV action committee; setting up a GBV response team of men; using whistles to call for help to raise the alarm; collectively pledging to report and displaying a sticker on the door that makes this statement; telling the stories of women to encourage them and raise the voices of women against GBV.”

She said is was too early to evaluate the results of the project. ” We have just launched it  on social media we are able to identify that women are using the numbers to call for help and that the GBV response team of men are much more active in responding to other issues of violence in the community.”

The day before the campaign was launched in Mariannridge, June 12, a mother, 27, and her daughter, 7, were stabbed to death the Cape Town suburb of Belhar. Suspect Ryan Kyle Smith, appeared in the Bellville Magistrate’s Court outside Cape Town on June 22 for allegedly killing  Altecia Kortje and her daughter, Raynecia.

Boyce said that rape, gang rape, date rape, child sexual abuse are common in her community. They occur “in homes, in the unsafe streets, at night, on lonely unsafe pathways.”

” Perpetrators are often known, and are in the family, members of the community, known to all. They are jailed for short periods – sometimes jailed or sometimes not.”

In a 2019 report on human rights in South Africa, the United States Department of State says that “the law criminalises domestic violence and the rape of men or women, including marital rape, but the government has not effectively enforced it. “

The report stated further: “From April 1, 2018 to March 31, 2019, (altogether) 42,091 cases of rape were reported. According to the National Attorney’s Office 2018-2019 Annual Report, the rate of conviction for crimes of sexual offences was 74.4%, based on a sample of 4,716 cases that were “finalised” or investigated first as rape cases before being passed on to the NPA and tried.”

The State Department also cited a 2017 Medical Research Council study on investigating, prosecuting and adjudicating reported rape cases, and it  concluded that only 18.5% of reported cases went to trial and only 8.6% of cases resulted in a guilty verdict.

“Prosecutors chose not to prosecute many cases due to insufficient evidence. Inadequate police training, insufficient forensic laboratory capacity, a shortage of rape kits and overburdened courts contributed to low rates of prosecution and conviction,” said the US State Department.

Women’s advocacy groups criticised the judges for using criteria such as the victim’s behaviour or relationship with the rapist as a basis for imposing lighter sentences.

Boyce is in favour of improving the justice system “to be much more friendly and easier for women to (obtain ) protection orders, considering that there is no bail for the perpetrators and stricter sentences for the (perpetrators) of GBV.”

Sexual violence is highly stigmatised in most contexts in Boyce’s community, making life difficult for survivors.

“Many find it difficult, because the community is small, information (spreads) and the shame and inability to face the world is the hardest,” she said.

In 2018, a report on Sexual Violence and the Limits of Laws ’Powers to Alter Behavior: The Case of South Africa, published by The Journal of International Women’s Studies, said ” regarding sexual violence specifically, since it is associated with shame and stigma, many such acts go unreported, not only to state or private institutions, but often even to the victim’s family and friends.”

Medical Research Council estimates that only 1 in 25 rapes are reported annually.

Domestic violence is widespread and includes physical, sexual, emotional and verbal abuse, as well as harassment.

Boyce revealed that in her community many women fail to seek support after the attacks because of the costs.

“Hospitals are far, – psychological services are expensive, and so are travel costs for care and follow-up visits. Economic dependence results in women staying in abusive relationships, and because of poverty they are unable to leave the area.”

She advocates “the establishment of safe houses and opportunities for women to be given some form of financial support to leave abusive situations.”

On July 3, Human Rights Watch (HRW) called on authorities around the world to ensure that survivors of domestic violence can access and ask the courts for restraining or protection orders that exclude the perpetrator from housing and protect the survivor’s housing and property rights.

“When a woman faces violence at home, precarious housing and property rights can make it difficult to seek services. With the increased risk of violence in the lockdowns due to increased social isolation, increased financial stress, collapse of the structures of the community and lack of information or access to support measures, women may face homelessness if they try to leave an abusive home,” alerted HRW in a Submission to the UN special rapporteur on violence against women, dealing with its causes and consequences regarding COVID-19 and the increase of domestic violence against women.

Boyce is of the opinion that there is a high incidence of GBV in her community. ” When I speak of violence, I include all forms of violence, including structural violence. It affects mainly women and girls. Physical violence is the most common because it is visible, but economic and psychological violence is just as prevalent, “she said , adding that  “drug abuse, alcohol abuse, and neglect are central to the continued abuse of women and children.”

A growing body of literature links the high level of violence against women in South Africa, to patriarchal attitudes and cultures, particularly in the context of how the country’s history of violent racial oppression has affected men’s identity.

The latest quick coronavirus survey (CRAM) by  the National Study of Income Dynamics (NIDS) found that two million women lost their jobs between February and April 2020, and most of those affected were already “disadvantaged” black women.

The survey also, showed that 3 million South Africans lost their jobs in the same period.

The results of the NIDS-CRAM survey, published on July 15, was conducted by 30 social science researchers from five South African universities, namely  -the universities of Cape Town, Stellenbosch, Johannesburg, Witwatersrand and Rhodes University.

” Of those women who were employed in both February and April, almost half of them reported working fewer or no hours in April (compared to 42% of men). Among those groups of people that were already disadvantaged in the labour market, and already faced a disproportionate share of job losses from the pandemic (the less educated, the poor, Black Africans and informal workers), women in these groups faced even further job losses putting them at a ‘double disadvantage’.” 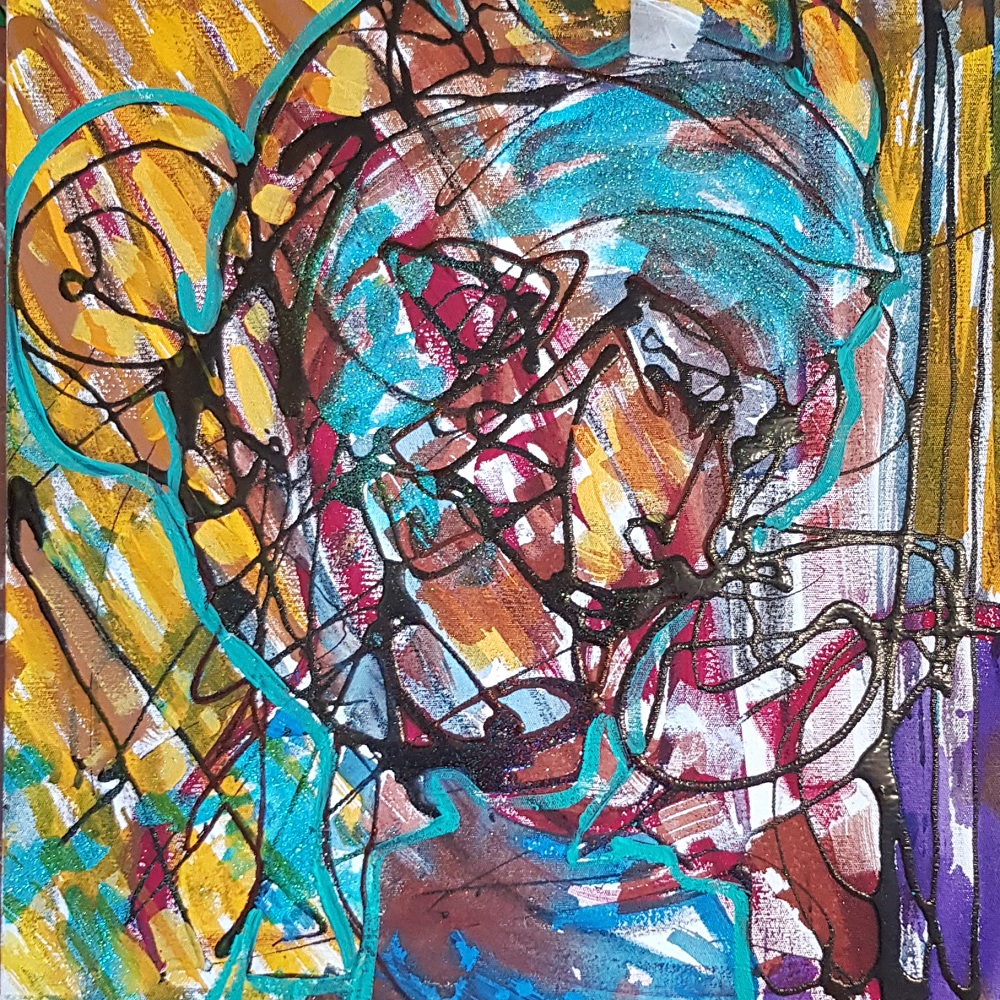 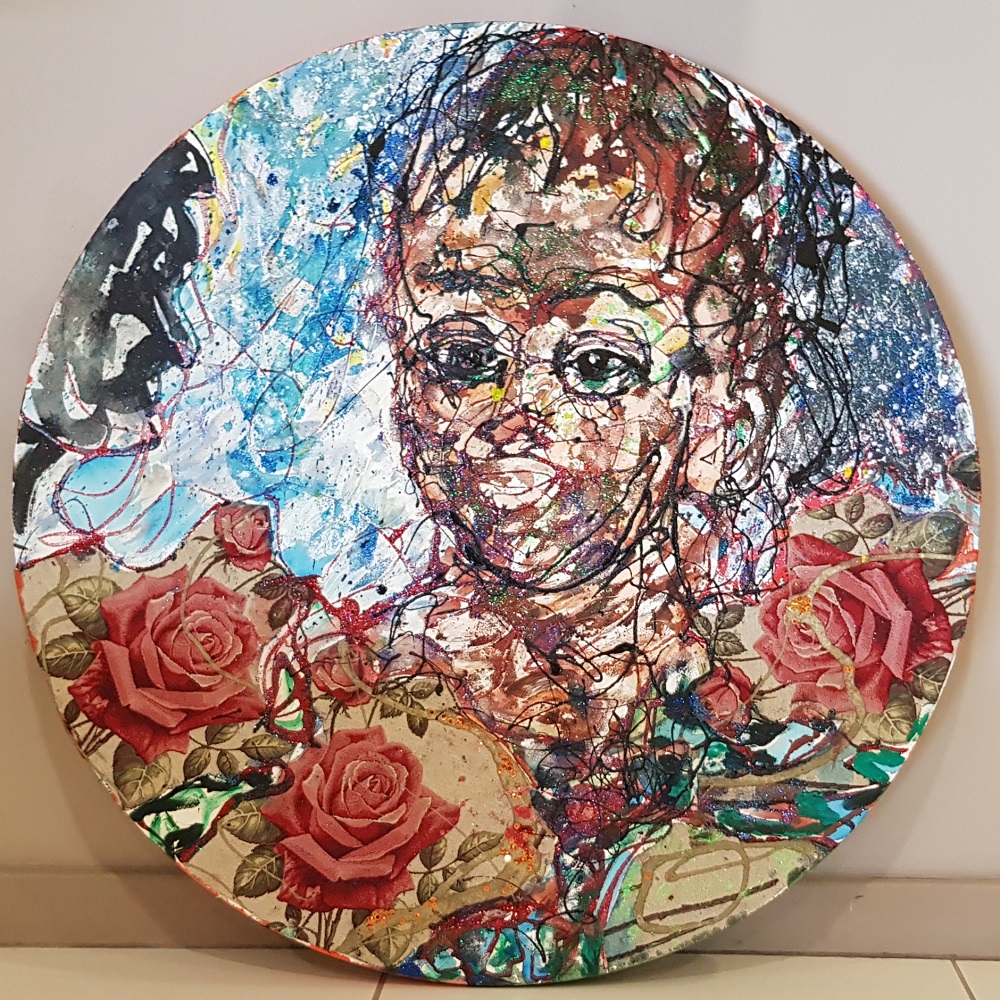