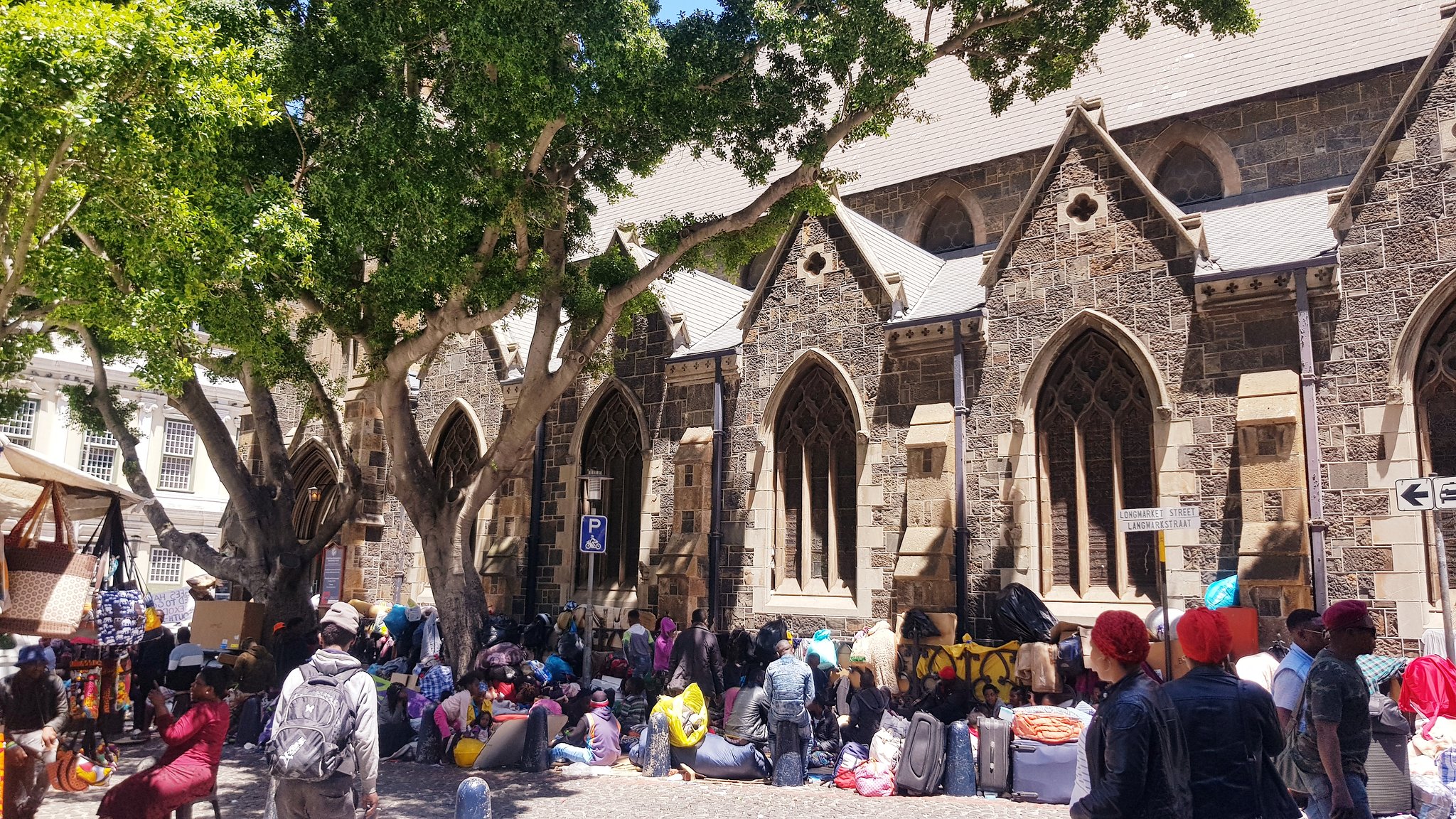 At least twelve people have been killed, thousands displaced, and businesses wantonly looted during the violence that began in late August 2019. Those responsible for previous waves of xenophobic violence in South Africa, including the 2008 violence that left 62 foreign nationals dead and the attacks against foreign truck drivers earlier this year, have rarely faced any penalties for their crimes.

The vicious cycles of xenophobic violence are spurred by lack of effective policing to protect foreignnationals and their properties,” said Dewa Mavhinga, southern Africa director at Human Rights Watch.

After protests in front of the UN High Commissioner’s buildings, a dramatic solution is beginning to emerge for some asylum seekers and refugees in South Africa.

More than 300 refugees and asylum seekers in South Africa are starting to walk to Namibia in early December, said Papy Sukami, one of the group’s leaders. They are fleeing xenophobic attacks in South Africa.

Speaking to #Kizola, Sukami said he will begin the 600k walk in 47 degree weather after he hears of the outcome of a court case against his compatriots.

“As soon as our comrades are released we will start heading for Namibia,” Sukami warned, blaming the United Nations for the failure of the negotiating process between the parties. He also accused the United Nations of being manipulated by the South African government.

The court case is against 180 protesters allegedly arrested for trespassing at the UN High Commissioner for Refugees (UNHCR) in Pretoria. Forty of the 180 arrested members were released on 19 November on bail by the Pretoria Magistrates Court. But 140 are still awaiting news if their future.

“On the 20th we supposed to have a meeting with UNHCR, but they said they won’t talk to us anymore.

We use every means to talk like human beings with dignity.”

According to Sukami, protesters in Pretoria are being mobilized to walk to a country closer to Pretoria.

While in Cape Town, most protesters are willing to walk to Namibia for 666 km on foot across the Northern Cape, where temperatures can reach 38 ° C this time of year. He also revealed about five hundred people are camped at Cape Town Central Methodist Mission, less than a kilometer away from the United Nations Refugee Office in central Cape Town. The group includes school-age children who will embark on the journey on foot to the Namibian border.

Hundreds of asylum seekers and refugees have camped at the UN refugee agency (UNHCR) offices in Pretoria and Cape Town since 8 October, calling for relocation to other safer countries.

On 30 October police resorted to violence to disperse around 300 refugees and asylum-seekers who camped in front of the UN building in Cape Town, resulting in the arrest of 100 people, who, according to a police statement, failed to respond to the report dispersion request.

In Pretoria police carried shields and removed, on the 15th, about 500 protesters that the United Nations refugee agency said forced into its compound while protesting the recent anti-immigrant attacks.

Nzuza revealed that there were 615 foreign citizens at the Lindela Gauteng Repatriation Center, of which 523 were documented.

He said those who were arrested for breaking the law by breaking into the UNHCR building, if found guilty and sentenced to prison, would have to remain in the country and serve a prison term. But Sukami claims that his comrades in Pretoria forcibly entered UNHCR offices as they fled the police prison. The Commission on Human Rights of South Africa has been the intermediary in negotiations between UNHCR and refugee leaders but apparently communication remains disrupted between the two groups.

Sukami is a civil engineer. He arrived in South Africa in 2010, fleeing violence in the Democratic Republic of Congo. Here he found even less security. “Nobody would be prosecuted here for killing a refugee. The system encourages the killing of foreigners and refugees.”

He said he has begun to receive intimidation from strangers since becoming one of leadership of the reivative movement.

“I have messages here on WhatsApp. I cannot go out to visit my friends. People watch me, people follow me. My life is in danger” he reported. 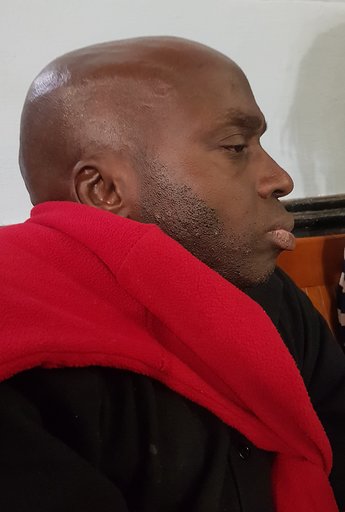 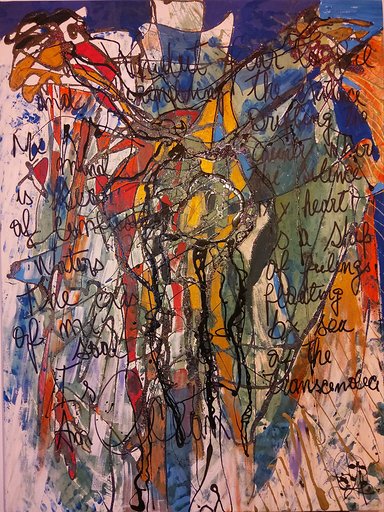 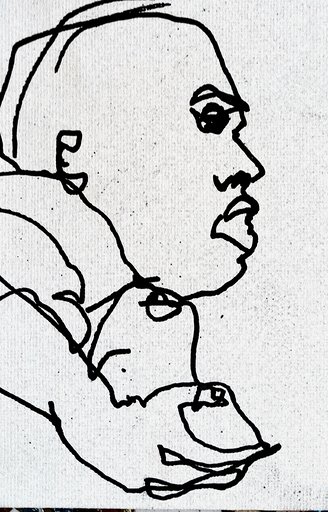 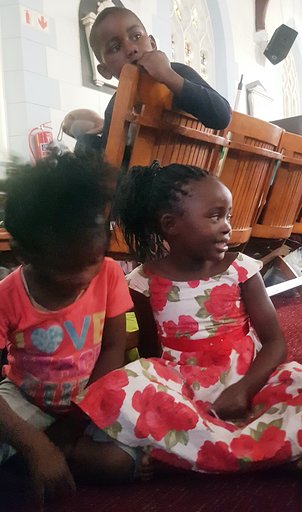 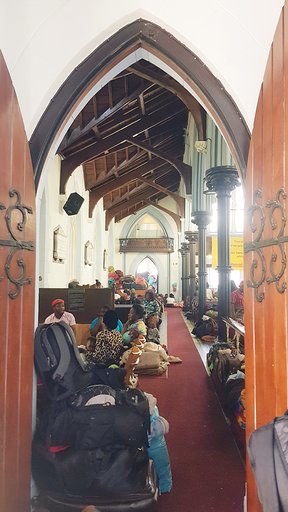 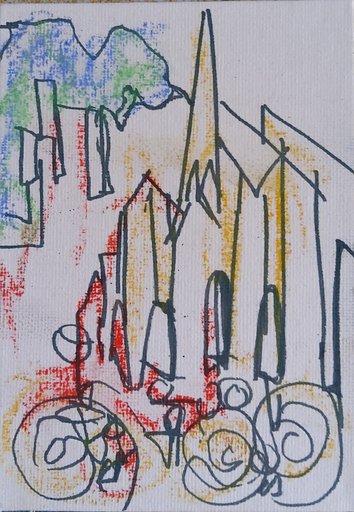 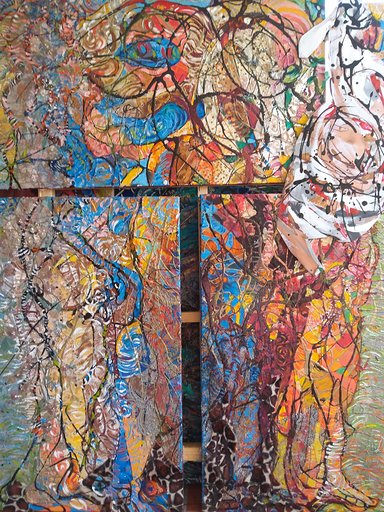