It was Wednesday or it could have been Thursday. I had lost track of days. It was a beautifully warm day. I was standing with Blessing, outside on the balcony to soak up some sun, refreshing, taking in some fresh breaths, observing the ships sailing. Table Mountain, the magnet of tourists, looked magnificent, a cluster of clouds hanging above its summit. There was tranquillity in the mountainside, even; the cable car that usually went up and down had been shut down since the beginning of the national lockdown.

Further down in the sprawling city, I could see the tall building, housing the City of Cape Town public works looming large above the Cape Town taxi rank. I fixed my gaze on its walls, admiring the gigantic, elegant graffiti paintings of the two South African icons, Nelson Mandela, the founding father of the South African democracy and, Desmond Tutu, the founder and architect of the Truth and Reconciliation Commission. The paintings were magnificently done. In an art-obsessed city glutted with artist, a supremely talented artist must have been commissioned to do the work.

I shared proudly this piece of history with Blessing and she protested grudgingly accusing me of disturbing her from enjoying the panoramic views with my history and political lecture. We burst out into thunderous laughter.
I met Blessing here in Upper Park Road. I still remember clearly the first day I met her. I came here in search of accommodation, and she came to open the front gate, greeted me with a bewitching smile on her face. When I set eyes upon her, I felt instantly that we were destined to be together.

It was cemented later on, when I learnt that she was a kind-hearted and deeply respectful woman. She had taken me on a tour of the house. And it was here, on this balcony, I had made the decision to take the vacant room. My decision was motivated simply because the vacant room was very spacious and the place had a great view. Additionally, I saw an opportunity to get close to Blessing. I needed a break from dating women always suspicious that I wanted to exploit them for papers to naturalise my stay here. 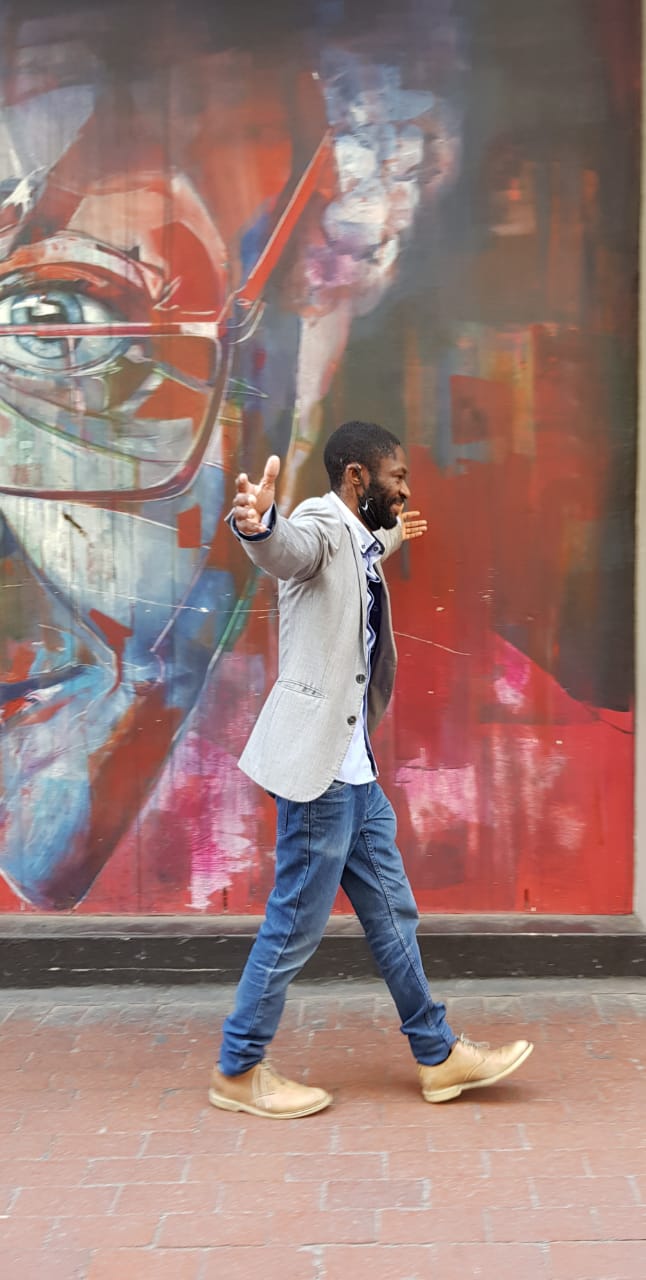 “And here, we were standing together, a year later, deeply in love,
enjoying each other’s company. “ 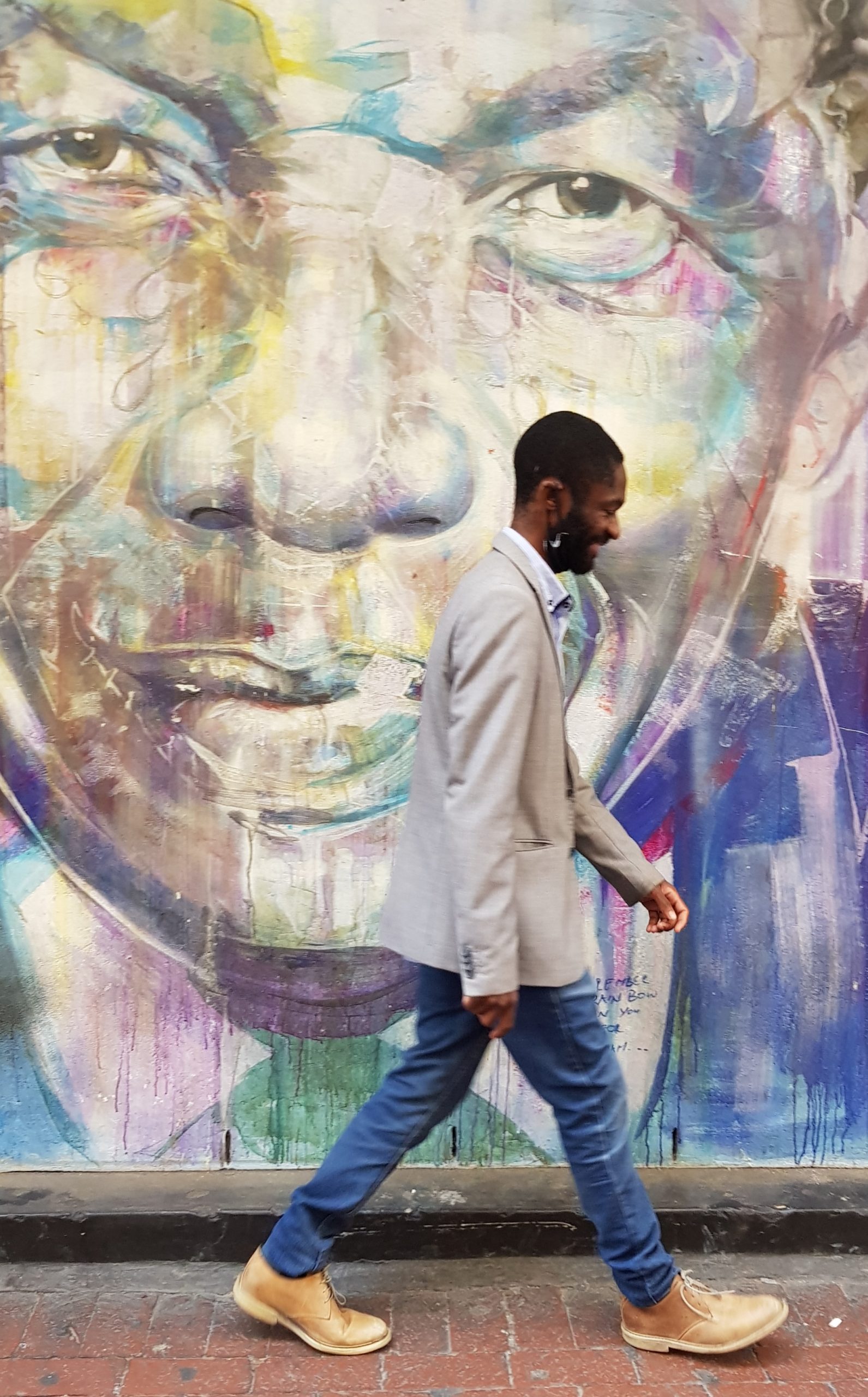 ‘Babe, you should help me to market my business on your social networks,’ she asked me.

With the arrival of Covid 19 on our shores, a lot of companies and industries had been forced to shut down, with mass retrenchments, many workers losing their jobs. Blessing was among these workers. She had lost her waiters job in a restaurant in Camps Bay. The management had paid them during the first few months of lockdown, but had since stopped, citing that they had exhausted all their reserves.

Unfortunately, the Labour department had been reluctant to pay out the Unemployment Insurance Fund (UIF) money. It confused her as much as it confused me that there were no problems in the beginning when the Labour department was deducting money from her salary. Only now when it was their turn to pay out the money they started demanding documents which they never requested in the first place. Strange, it is. Instead of lying idle complaining, Blessing had tapped into her passion, reignited her latent talent of baking. ‘I will help you my sweetheart,’ I promised her, kissing her on the forehead. ‘Tomorrow, the landlord is coming,’ she reminded me. It was then I realised it was on a Friday, and Mr Ibrahim, our landlord, had summoned us to a meeting to discuss about the outstanding rental issues. Most of our housemates had stopped working, as a result, have been struggling to pay their monthly rentals. Suddenly the rentals felt absurdly high or were they always high? 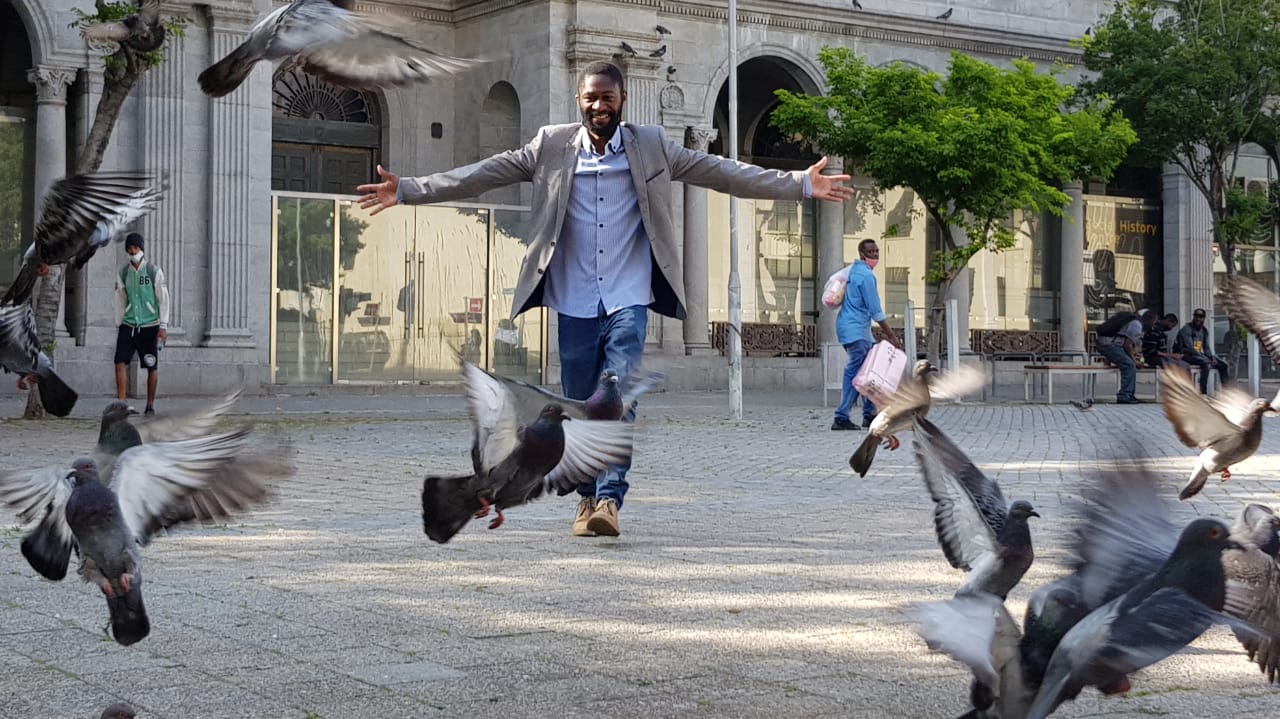 ake Amai Tino for instance, an arts and crafts trader living in the next room. Her business had suffered way before the arrival of the Corona virus. The protest march by exiles and refugees living inside and outside the Methodist church at the Greenmarket Square had grossly affected her business which was forcibly closed most of the times since the beginning of the seven months long protest prior to the national lockdown.

She incurred losses, leaving her in a state of despair, struggling to pay for her rentals, together with others. Mr Ibrahim could hear none of it, and this time he had suggested that we meet and discuss about it. Some were already suggesting to move out to a bit cheaper and affordable places, depending on the outcome of tomorrow’s meeting. ‘Let’s wait and hear what he says,’ I responded.

While standing, a delivery van approached in our street, coming from the intersection of Devils Peak. It came to a sudden stop in front of our neighbours’ gate. It was a Takealot delivery van. A tall courier guy wearing a face mask alighted holding a brown box in his hands and went straight towards our neighbours’ gate. He rang the bell and waited patiently, standing on the doorsteps. After a few minutes, a young lady appeared. It was my first time seeing her. It could have been a fact that it was rare to see residents in this neighbourhood. They were always indoors, and when they leave their places it would usually be in their cars. She smiled and instructed the courier guy to place the box on the doorsteps. She waved him goodbye and watched the car moving slowly down Upper Park Road until it disappeared into Coronation Street. She went inside the house leaving the parcel outside, only to come back later to fetch it wearing green gloves.
Was this the ‘new normal’ they always referred to?

This is Walmer Estate, situated in the periphery of District Six. It is an historical place. During the apartheid era, the National Party government, under the leadership of Dr Hendrik Verwoerd, developed and enforced the separate development policy, forcibly removed black people from this place and dumped them on the outskirts of the city in areas such as Manenberg and Cape Flats. This legacy of apartheid still lives on. The ANC led government which took over after the 1994 historic democratic elections has failed to redress the historical imbalances and inequalities created by apartheid’s iniquitous laws and policies.
I visited the Cape Flats a number of times. I even participated in protest marches and the most memorable one was the protest against drug dealing and gang violence organised by the Manenberg Youth Collective together with other several community organisations. The atmosphere was tense on that day. The protest took place on the day after there had been a shoot-out between rival gangs. The Cape Flats residents wanted to reclaim the streets and recreational parks which were no longer safe for them, especially women and children.

At one point during the march, I questioned my decision to participate. I was overwhelmed with fear. I cursed myself for making such a stupid decision. Was I flirting with death?

However, after the protest, I was glad that I had participated. Our physical presence assured the Cape Flats residence that they were not alone.
A bird chirruped from the acacia tree across the road. A pigeon alighted on the corrugated roof of our neighbours’ house and started preening. A My Citi bus roared past Chester Street. It was entirely empty. The usually vibrant city had suddenly turned strangely quiet. The government had deployed soldiers and police to control the movement of people strolling aimlessly on the streets. Only essential workers were allowed movement, and vagrants clad in ragged clothes could be seen strutting about the streets. These measures were put in place to curtail the spread of the novel Corona virus.

‘You have become quiet. Are you thinking of your comrades?’ And without waiting for a reply she continued,’ I am going to cook before the electricity is gone.’
I had mentioned earlier on to her that I was worried about Dan and his comrades. Dan has been part of the refugees and immigrants’ protesters living inside and outside the Methodist church near Greenmarket Square, the economic hub for African immigrant traders. Their main demand has been to be resettled overseas especially Canada, a name which they ended up being widely referred to. I chuckled at the thought that I once joked with Dan that there will be many ‘Canada’ babies after the protest.

I first met Dan on one of my occasional visits to Amai Tino at her stall in Greenmarket Square. We had a great conversation and a gradual friendship started to grow. I invited him to the Balcony Jam Sessions, a platform created for artists to showcase their talents, sharing their creative works with the audience building confidence as well as connecting with other artists for potential future collaborations. He performed his protest poetry to the thunderous applause by the audience. He shared the stage with several prodigiously gifted artists. Soundz of the South. Black Consciousness Poetry. Haven of Art. Foreignh. Yonelisa Wambi. Enkosi Camagu. Just to name a few.

Dan had been living in South Africa for many years. He was an acerbic critic of the despotic Cameroonian government. He studied Engineering at the Cape Peninsula University of Technology, but dropped out because of lack of financial assistance. I knew many intelligent young people who had tried to acquire an education to improve themselves, but were greatly disappointed when they failed to finish up their studies.

They spent so many years studying, but had nothing to show at the end of those years. It was out of this frustration the reason why Dan desperately wanted to leave South Africa for overseas. Like many other young African immigrant, he thought there would be better opportunities for him overseas. I reached out for my phone in my jeans pocket and scrolled down through the messages. Dan had not yet replied to my message. I phoned him but I could not get through. His phone was still off. I was anxious to find out about their fate and developments of their struggle after the announcement of the national lockdown.

Just before lockdown, it was rumoured that the City of Cape Town was planning to move them. To where? I still had to find out. After futile attempts at contacting him, I stayed briefly, catching the sunset, watching the sun sinking behind the Signal Hill. When the sun finally set down, I followed Blessing inside the house, and waited for tomorrow’s meeting with the landlord.