“The ongoing xenophobia in South Africa is exacerbated by the failed criminal justice system, with many cases remaining unsolved, which allows the perpetrators to attack refugees and migrants with impunity. There was a marked failure to bring those responsible for the 2008 attacks to justice, encouraging future aggressors and leaving refugees and migrants in a constant state of fear,” said Shenilla Mohamed, director of Amnesty International in South Africa.

Lulwa K. Kayaya is 67, Congolese and an asylum-seeker in South Africa. Fleeing the violence in the Democratic Republic of Congo (DRC), she arrived in South Africa in 2011, and settled in Durban.

However, she left Durban on October 19, 2019, five days after the protests by refugees started in Cape Town to join Kande Serge, one of her sons who has been involved in the protests. They have been demanding to be resettled in another country. 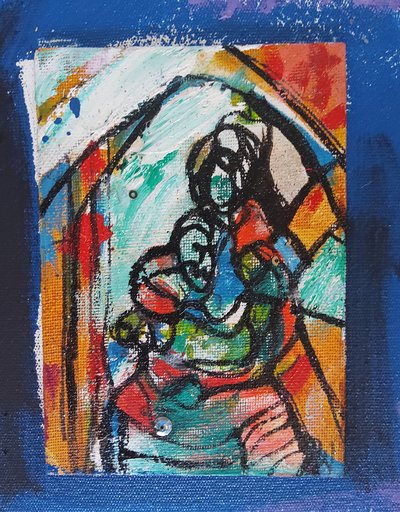 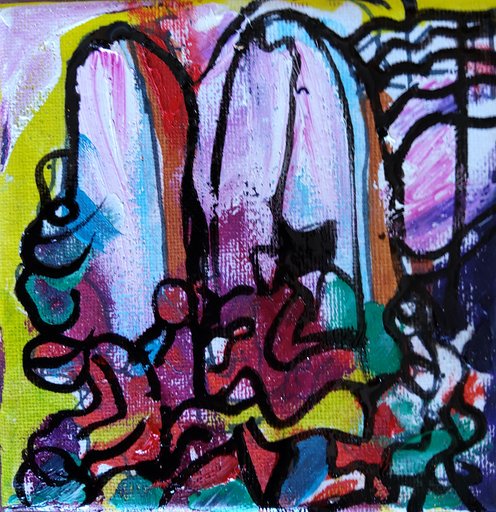 “As an asylum seeker in South Africa, I am afraid to use public spaces because I am subject to physical attacks, verbal abuse and sexual harassment,” Kayaya told #Kizola.

A 2018 report from Urban Forum on migrant women in Durban, South Africa concluded that “refugee women are more affected by violence than any other female group in the world before, during and after their experience of forced migration, because of patriarchy. Among the fears expressed by women in this situation were a fear of the police and the perception that the police failed to protect vulnerable women.”

Serge is a Congolese who is one of the more than 600 refugees and political asylum- seekers in Cape Town who have been camping in front of the city-centre building housing the offices of the UN High Commissioner for Refugees (UNHCR) since early October 2019.

After police forcefully dispersed the protesters on October 30, the group, including women and school-aged children, sought refuge in the Central Methodist Church on Greenmarket Square. Since then, most of the families have been living inside and outside the church.

In the DRC, Kayaya worked at the Central Bank. When she arrived in Durban, she started selling avocados at an informal market and earned between R150 to R200 a day. She used the money for to buy food, pay for transport, and managed to save some money for other necessities. But the tensions between the local population and foreigners in the avocado business in Durban had almost cost her her life. On March 31, 2019, I was assaulted by a group of local young people who beat me while I was selling. They took my phone and money.
“Later the same day I went to (report the matter to) the police at Durban Central (police station), but the police refused to open a case and I was only allowed to make an affidavit” she added.

“When I heard that others refugees and asylum-seekers were protesting in Cape Town, I took the bus and came here to protest against the lack of security.”
She said her family in South Africa has been denied health care because they are not South Africans.
She cites the example of her granddaughter, Pricilla Makwala, who was born in KwaZulu-Natal on April 26, 2015 and lost her life on May 31, 2016.
Priscilla is the daughter of Kayaya’s third son, Jeannot Bakajika, 38, who also lives in South Africa. The death certificate issued by Home Affairs on May 1, 2016 states that Priscilla died of natural causes.

Priscilla’s medical records, which #-Kizola had seen, states that at the age of two months, she had been diagnosed with septicaemia complicated by cardiac failure and pulmonary hypertension. The little girl’s medical records suggest she died because of medical neglect. But Bakajika said the negligence resulted from xenophobia in the public health system. “If you are a foreigner and are having a baby in South Africa, you are not treated nicely by nurses. If you are a foreigner, some nurses do not listen to you much,” said Kayaya.

” Poor, perfunctory and even abusive treatment has been reported by foreign nationals. While some of this treatment cannot specifically be attributed to xenophobia, other cases are clear-cut, ” said Routledge Tylor & Francis Group in a report on Medical Xenophobia and Zimbabwean Migrant Access to Public Health Services in South Africa.

In April 2015, Kayaya was in St George in downtown Durban, when she was surprised by a group of locals who had started beating her when they realised she was a foreigner. Seriously injured, she was admitted to the Community Health Services Organisation where, she said, she was treated well by the nurses.

Crisis in the Movement

Meanwhile, the leadership of the protest movement in Cape Town has been experiencing difficulties. Jean-Pierre “JP” Balous and Papy Sucami have been leading the movement. Both Congolese refugees, have led the demonstrations that started outside the office of the UNHCR in Cape Town since October. In spite of their ability to mobilise the refugees and asylum-seeker, the two leaders have not been able to create a united movement. The two accuse each other of belonging to militias.
On January 1, 2020, Balous was arrested on eight counts of assault, including five charges of assault with the intention of causing serious bodily harm. His arrest followed growing tension among refugees who appeared to have split into two camps since they moved to the church.
Two days later Sukami was arrested by the police. It is alleged that he assaulted Serge Shauba in the Cape Town CBD in October 2019 and stole his iPhone 6, a Canon camera, a wallet, R 2,000 , bank cards, a watch and shoes.

He is also accused of robbing Congolese journalist Jurol Loemba, whose Samsung Galaxy phone, a wallet, R200, a Canon camera and bank cards were taken the same day. Both were released on bail of R 2,000 each. They are due to appear in court again in March this year. The two say they are innocent, with Balous claiming that the charges against him are nothing more than a strategy by the South African police to prevent him from leading the protest.
In December 2019, the City of Cape Town applied to the Western Cape High Court for an order to ban the demonstration, claiming the protesters were in violation of health and safety statutes and that the group was affecting business in the area. The group then protested that they needed other accommodation.
On 8 January, 2020, while the two leaders were detained, representatives of the refugees, the SA Police Service, the Department of Home Affairs and the UNHCR met to address the demands of the refugees, which included the provision of a temporary safe haven, as well as for UNHCR and the Depart of Home Affairs to process their documents.

But Kayaya says she did not come from Durban to ask for food, shelter or money. “I just want to go to another country.”
In December, 2019, the Namibian government deported 42 desperate foreigners, who had fled South Africa after another wave of xenophobic attacks. Namibian Internal Affairs Commissioner for Refugees Likius Valombola said at the time that they were being deported back to South Africa.
Sucami accused the South African government of putting pressure on the Nambian government not to accept refugees and asylum-seekers who were fleeing the xenophobic violence in South Africa. The Department of Home Affairs did not respond to questions regarding the allegation that SA had put pressure on Namibia not to accept the refugees. The situation is ongoing. #Kizola 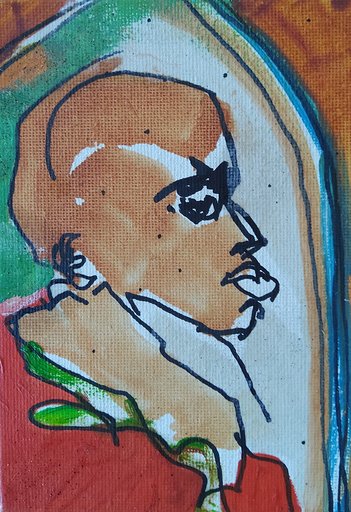 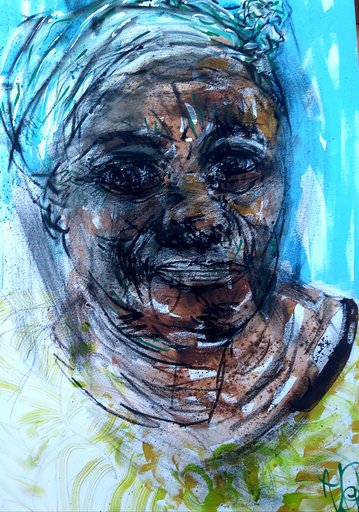 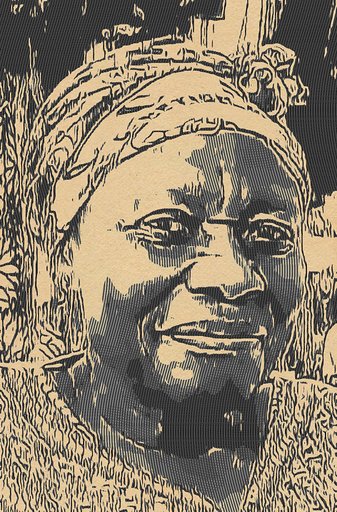 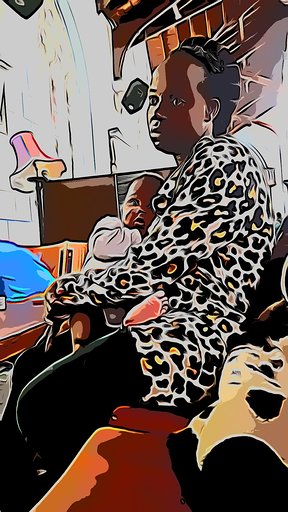 Refugees in the Methodist Church (Pic1) 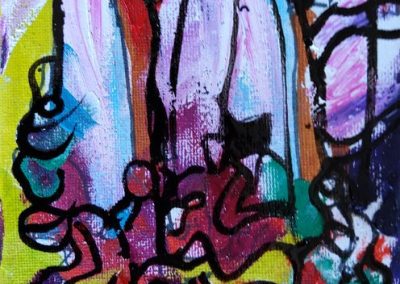 Refugees in the Methodist Church (Pic2)